Sensors that can make an automatic gate open 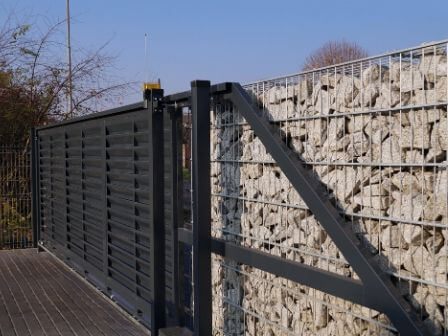 Here are 5 types of sensors that can make an automatic gate open:

These sensors can detect individuals in a specified area. Because of this, radar movement sensors are suitable as opening activators for automatic gates. The advantages of these sensors include the ability to penetrate foreign materials like plaster, plastic, wood, etc., detection of goods and people, adjustable sensitivity, and the ability to detect the direction of movement. One major disadvantage of these sensors is that they cannot detect stationary objects.

Pressure sensors are one of the first sensors that were used to open automatic gates. These sensors detect changes in the pressure/weight on a specific area of the ground (control mat) in front and back of the gates. When the trigger limit for weight is increased, the doors are opened. The biggest advantage of pressure sensors is that they keep the door open as long as the person stands/walks near the doors. Not only does this prevent the doors from ‘closing in’ on a person, but it also makes it easy for swift entry/exit.

Most automatic gates nowadays use optical sensors or motion detectors, which are installed on the sides of the gate to trigger its opening and closing. As the name suggests, these sensors detect motion in front of the door. An antenna is installed on the gate header pointing in the outward and downward direction. This antenna produces a microwave beam that detects motion. Optical sensors are highly effective however they have one major disadvantage; they are only designed to detect motion. So, if a person is standing still, the sensors might not open the gate.

Once they are installed, passive infrared movement sensors store the infrared image they detect in a given range for which they are set. The sensor creates a distinct signal when the thermal image changes. These sensors are quite reliable when it comes to making an automatic gate open. They are compact in design, have precise detection ranges, and they can be set very accurately.

Active infrared sensors consist of at least two receiver chips and a transmitter. The receiver chips feature high-performance optics. The receiver can recognize whether the infrared light emitted from the transmitter is reflected by an object or individual inside/outside the scanning zone. These sensors are well suited for use as protection against cutting or crushing edges in swing doors, sliding doors, and revolving doors.

Note that although the sensors mentioned above work efficiently by themselves, they are often used in various combinations to make an automatic gate open while preventing oversight or hiccups.

"I cannot recommend high enough the quality and professional work carried out by Barry and his team at Access Automation."
Eamonn, Wicklow

"We highly recommend Barry and Access Automation. Barry met with us immediately and provided material, photos and made recommendations for our new electric Access Gate"
Dermot & Dee, Barniskey, Avoca, Wicklow

"I found them a pleasure to deal with. Installation ran very smoothly and was very professionally supervised. Their after market service has been first class."
Joe Synnott

"Cheers lads, great job and very much appreciated the prompt service, I would have no hesitation in recommending you."
Mick, Navan

See what our customers are saying ›